2022 has brought Ukraine and South East Europe to everyone’s attention. Worldwide. The challenges for the region run deeper than the current conflict and extend far outside the borders of Ukraine.

The #Green4Europe Incubation Programme accelerates promising digital solutions to advance the economic development of Eastern European countries, and invites digital professionals from East to West to join one of the participating startups: startups 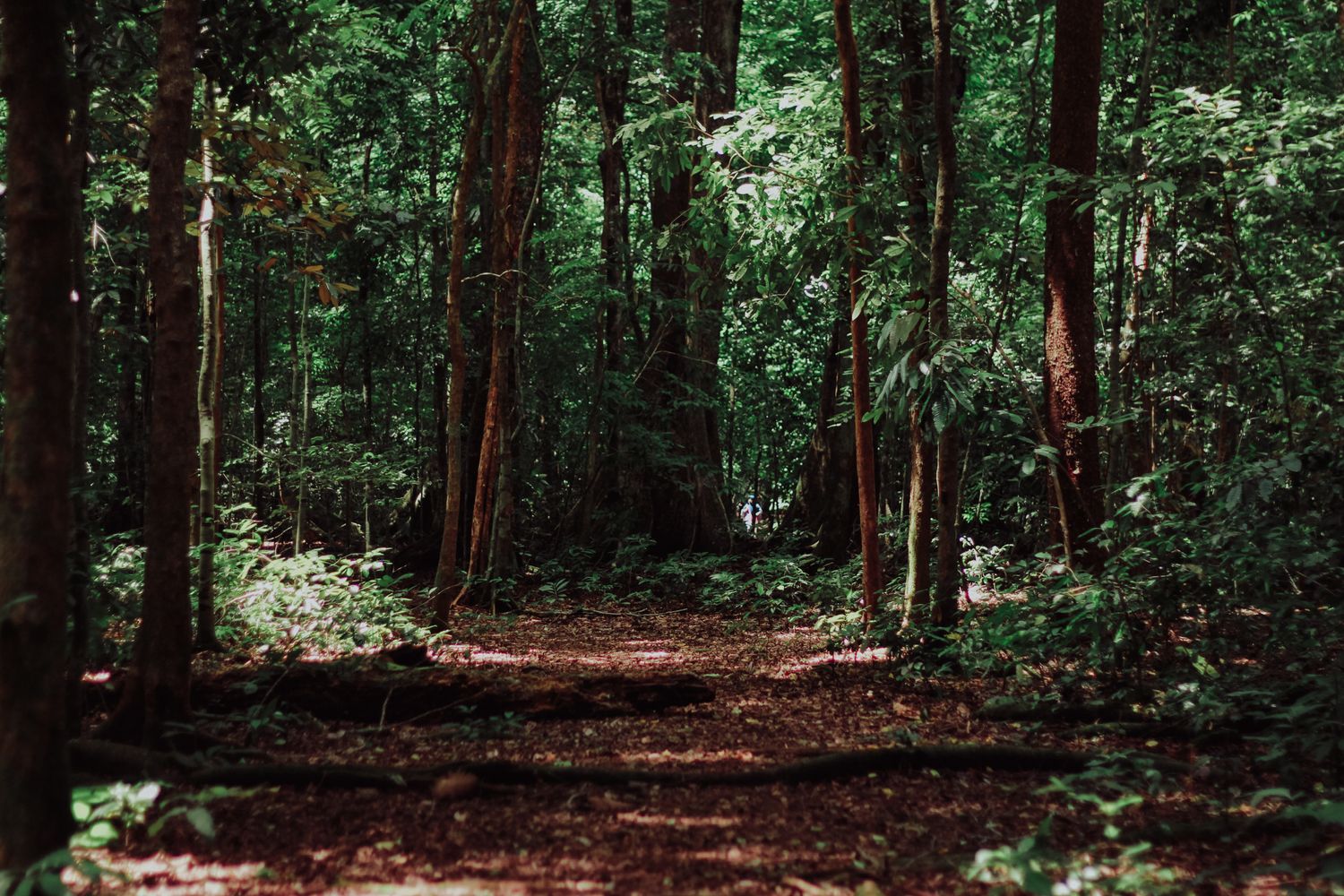 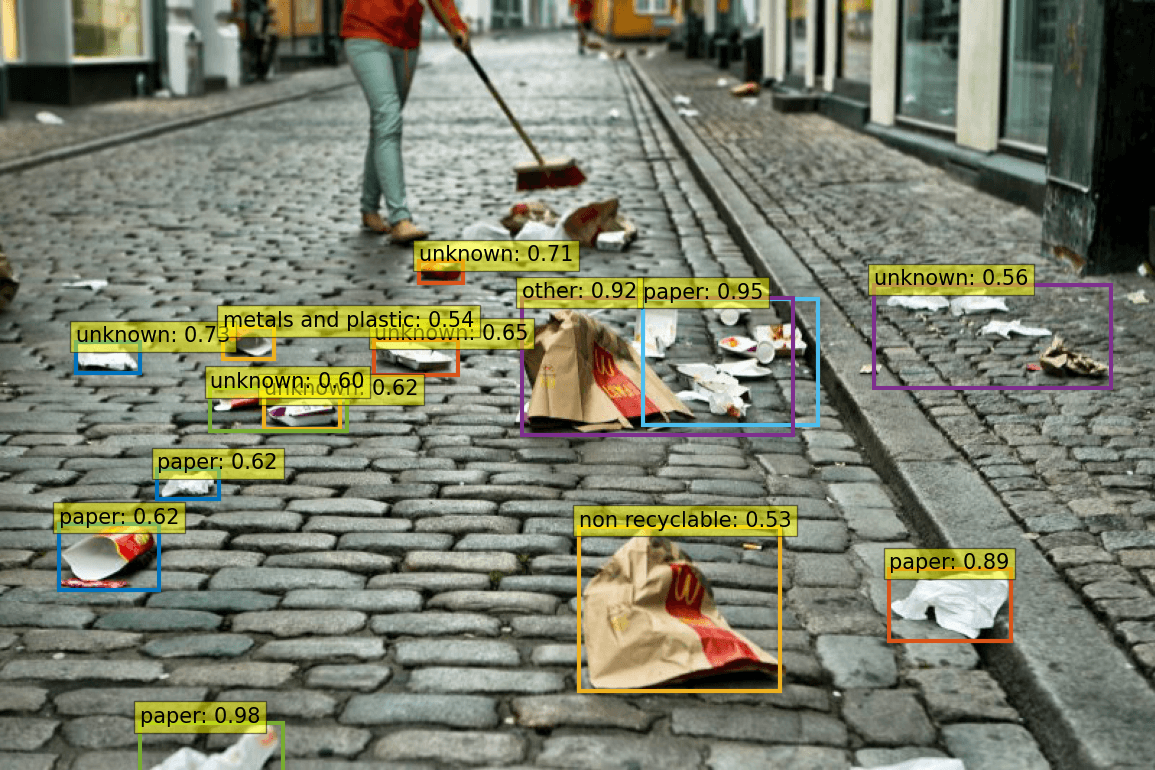 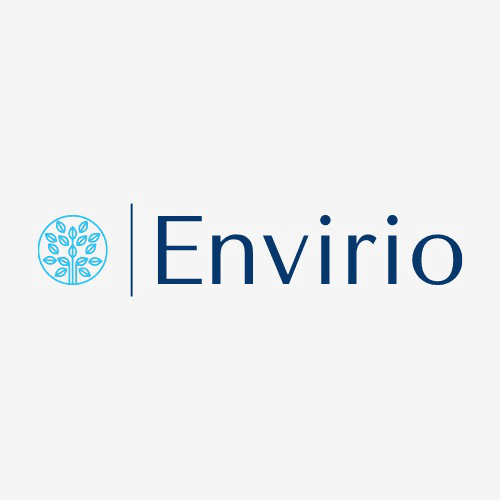 A web platform where users can calculate their return on investments, compare and buy solutions in renewable energy 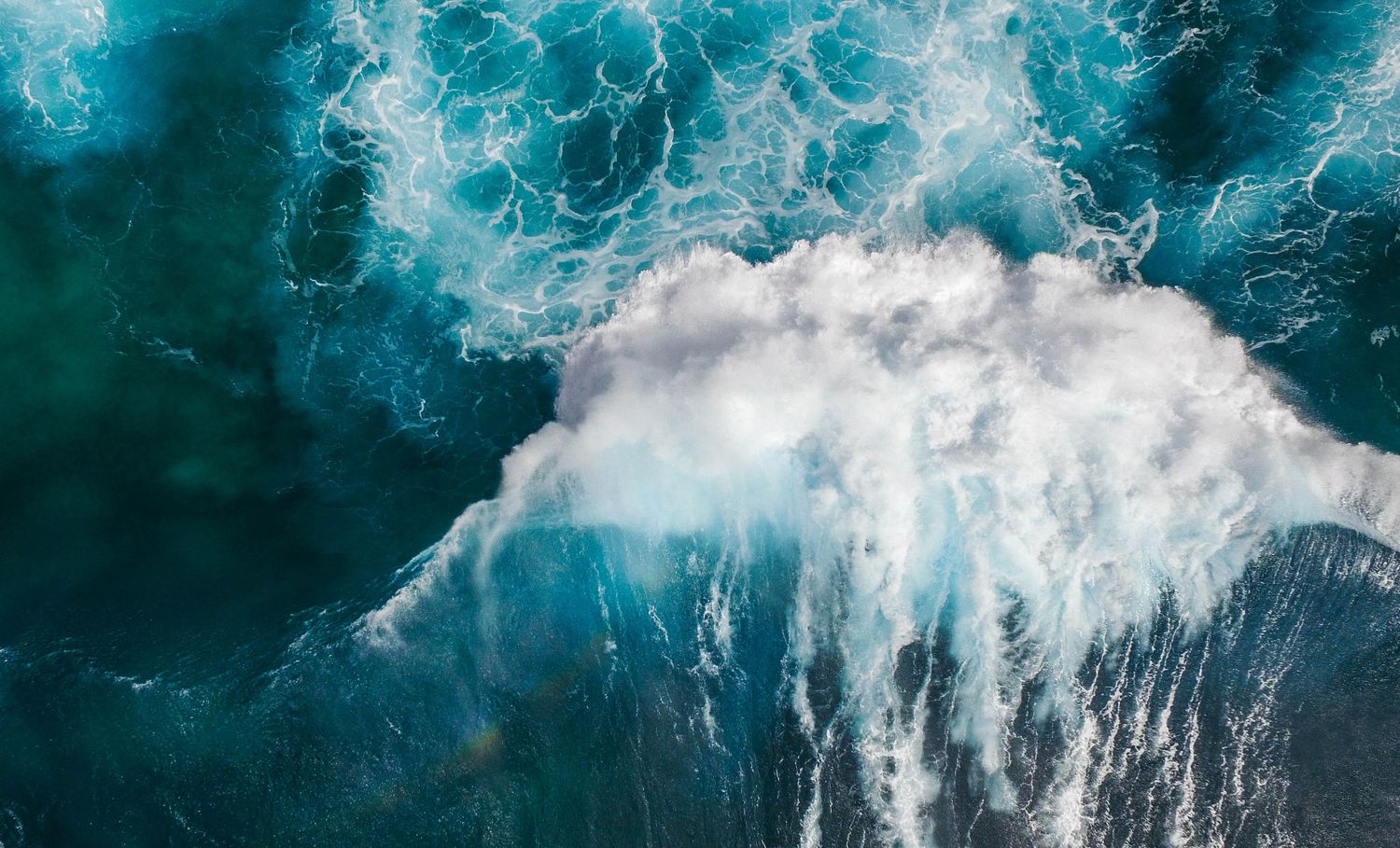 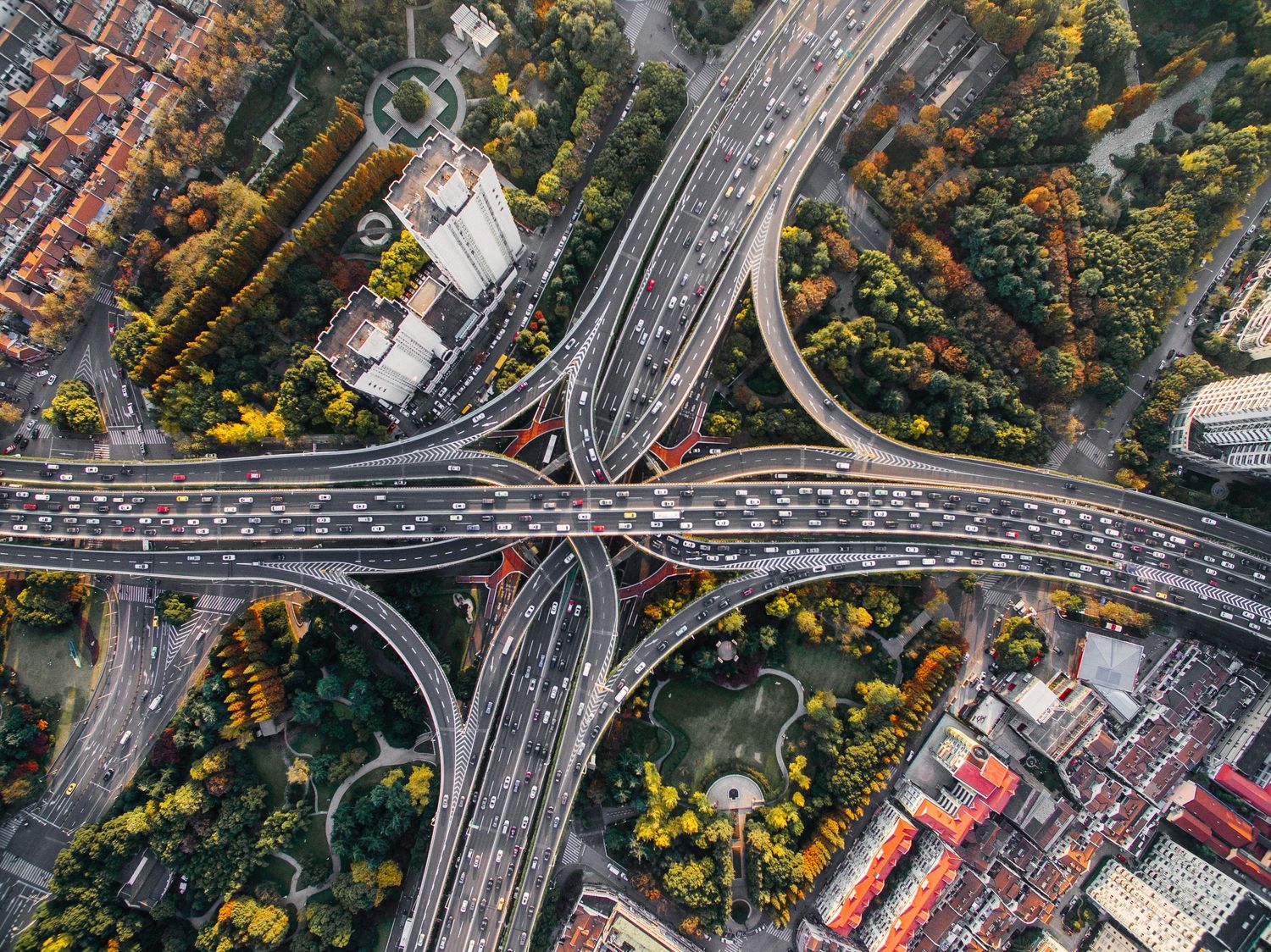 Carbon credits generated by reducing emissions from the automotive industry. 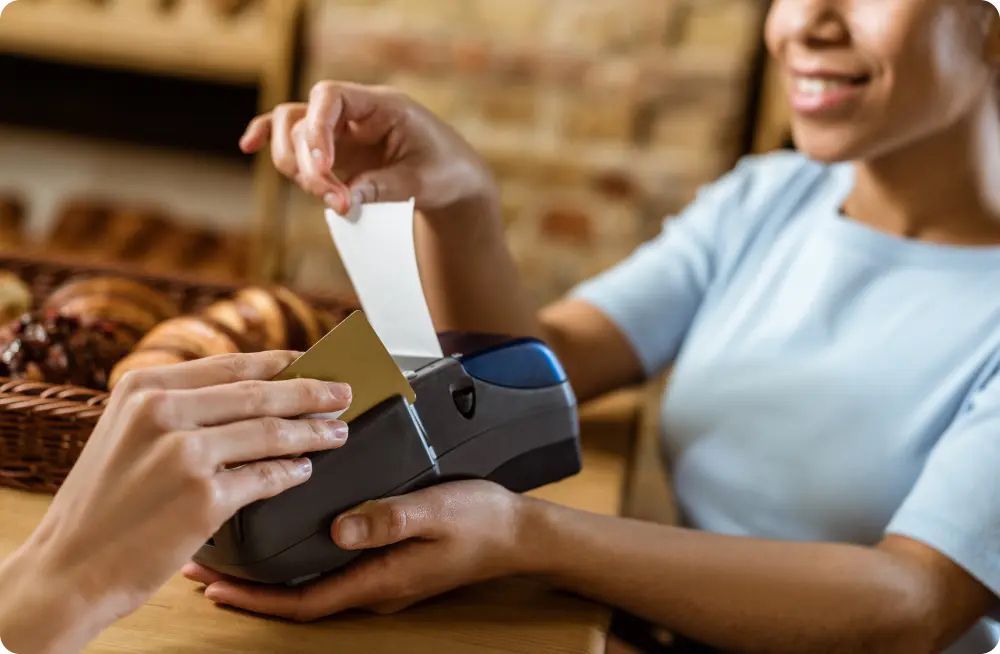 Save our planet by making receipts paperless. 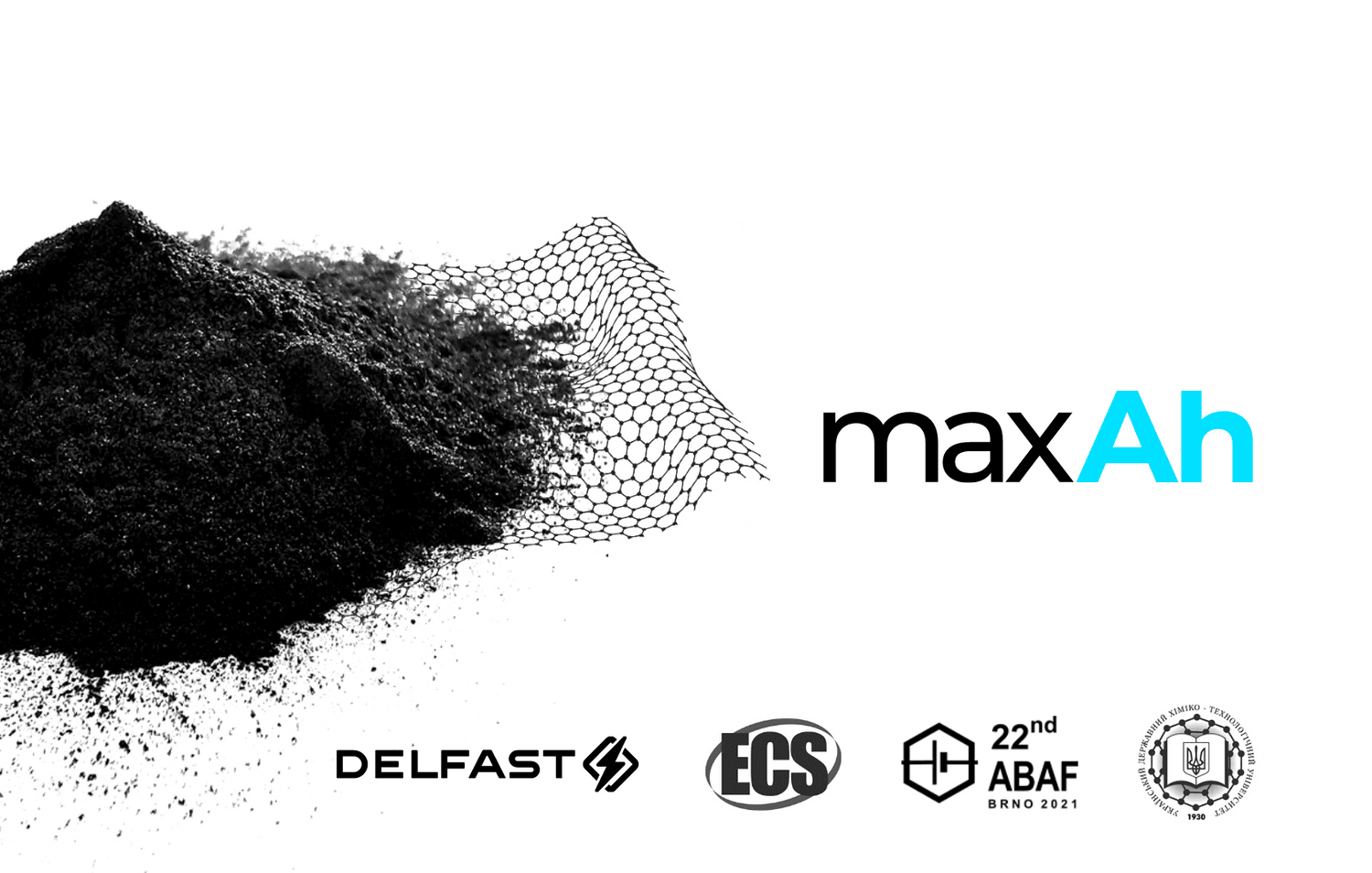 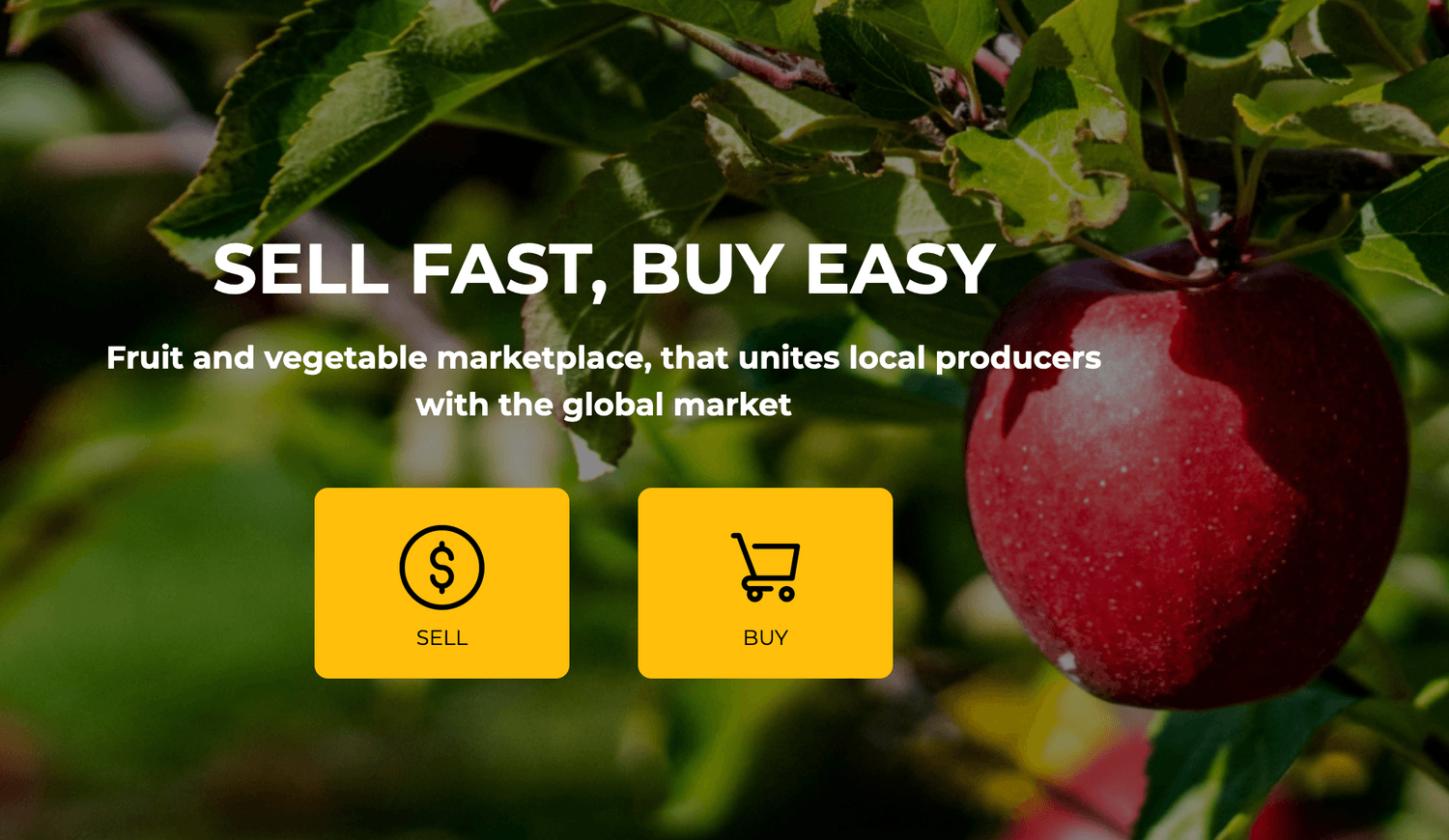 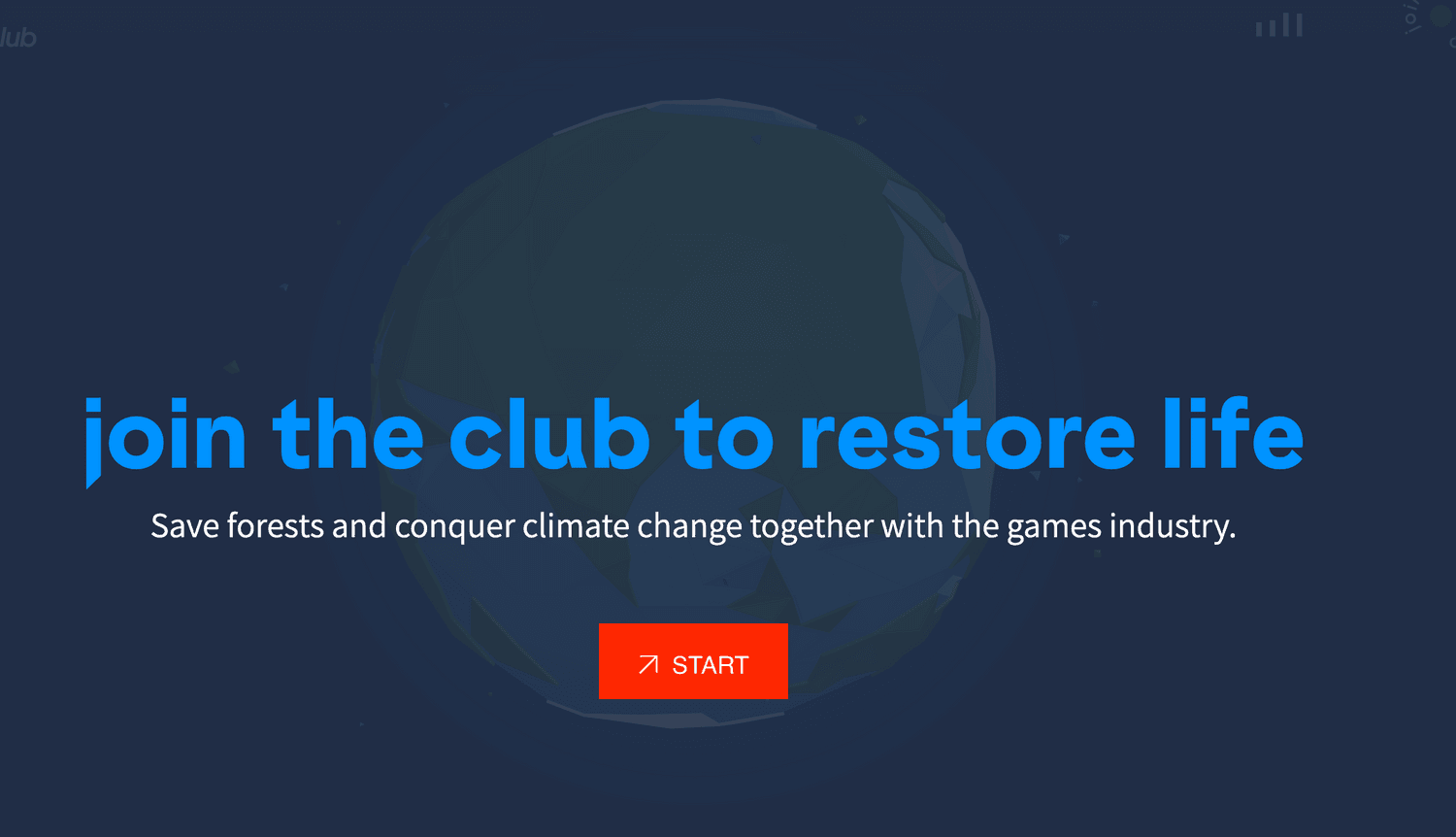 A non-profit initiative to support the games- and creative industries to invest in carbon absorption via planting and protecting forests. 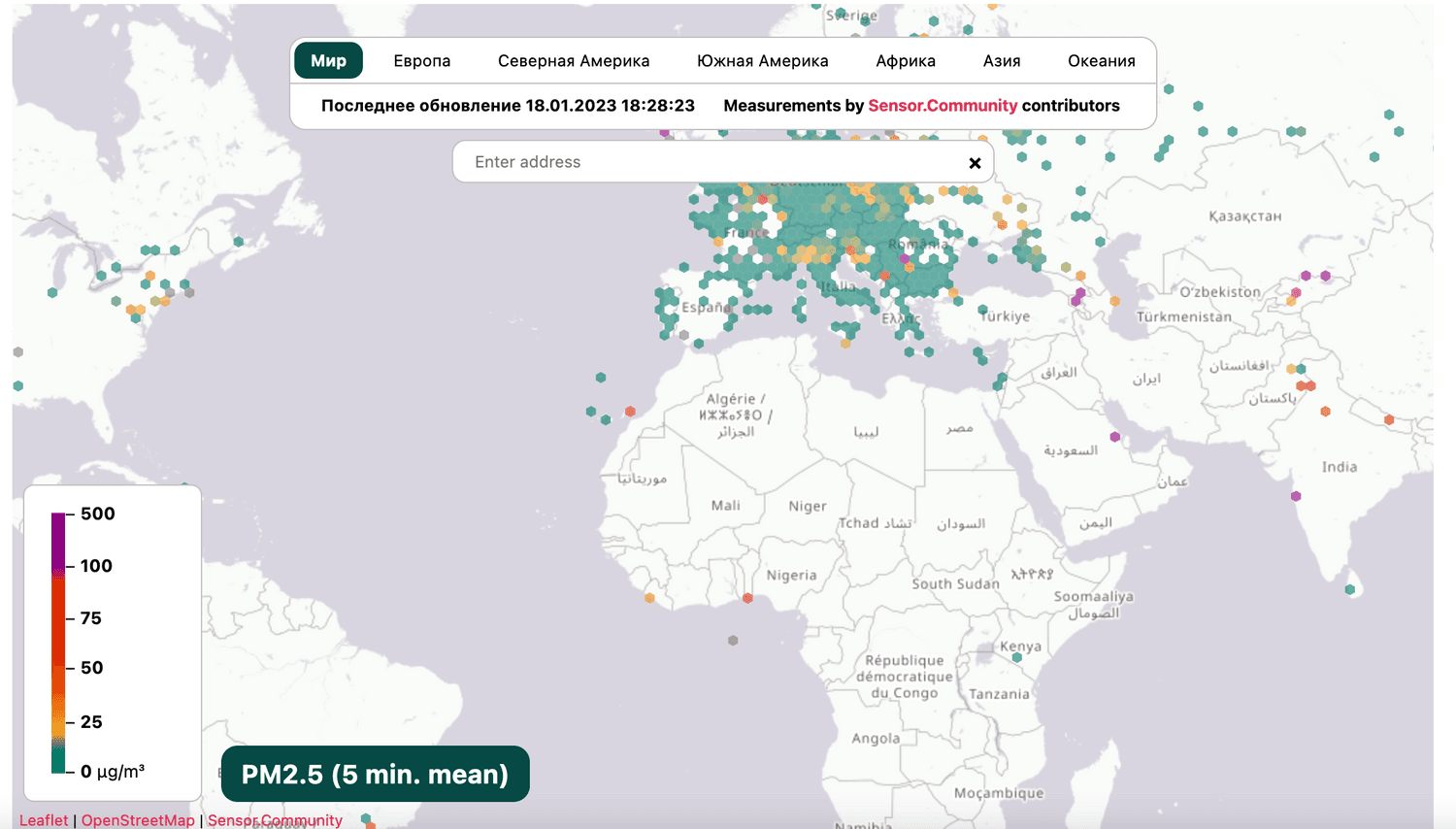 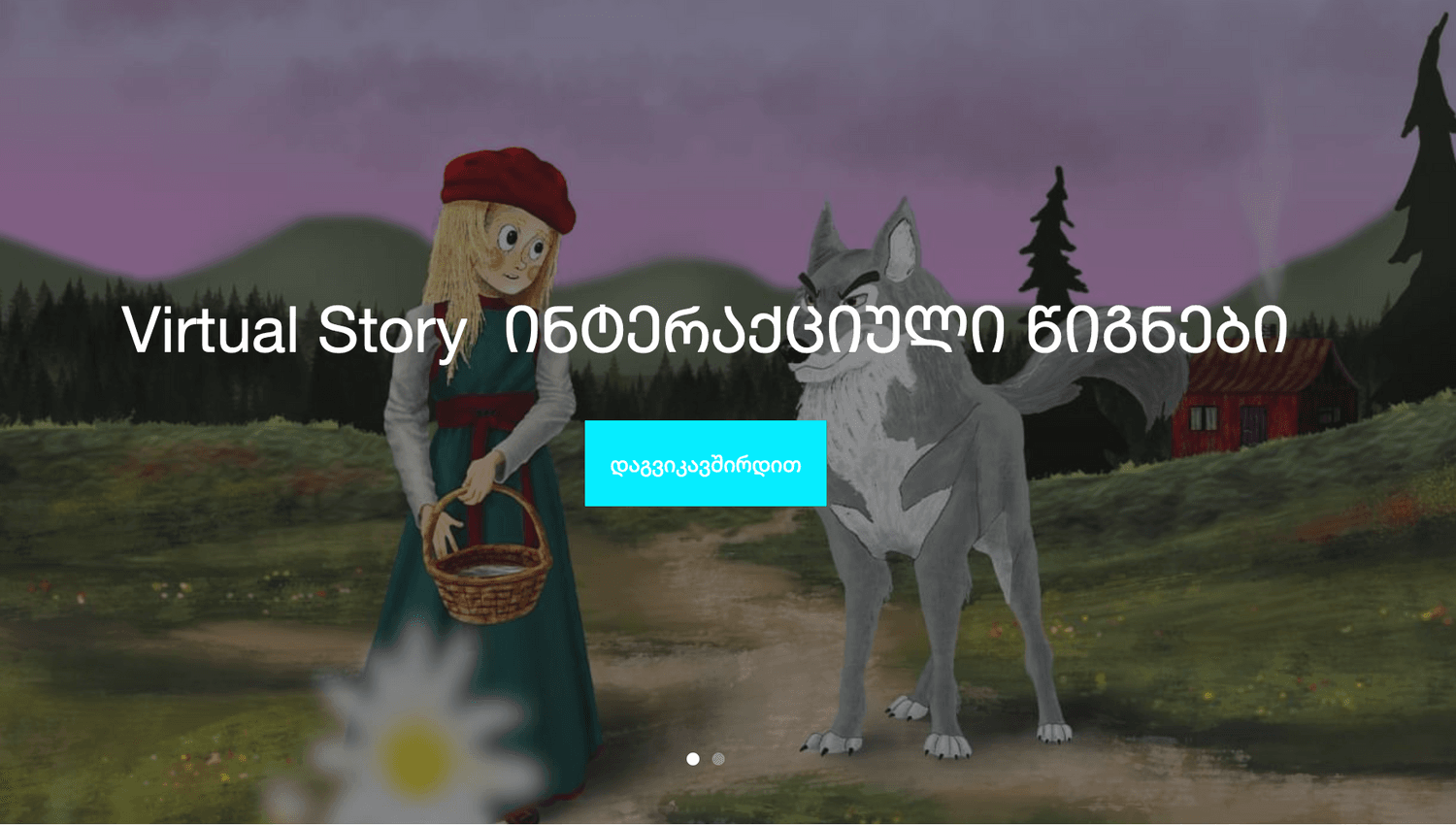 A hybrid of books and computer games, based on various literary masterpieces and with audio-visual elements to make the reading process fun and interesting. 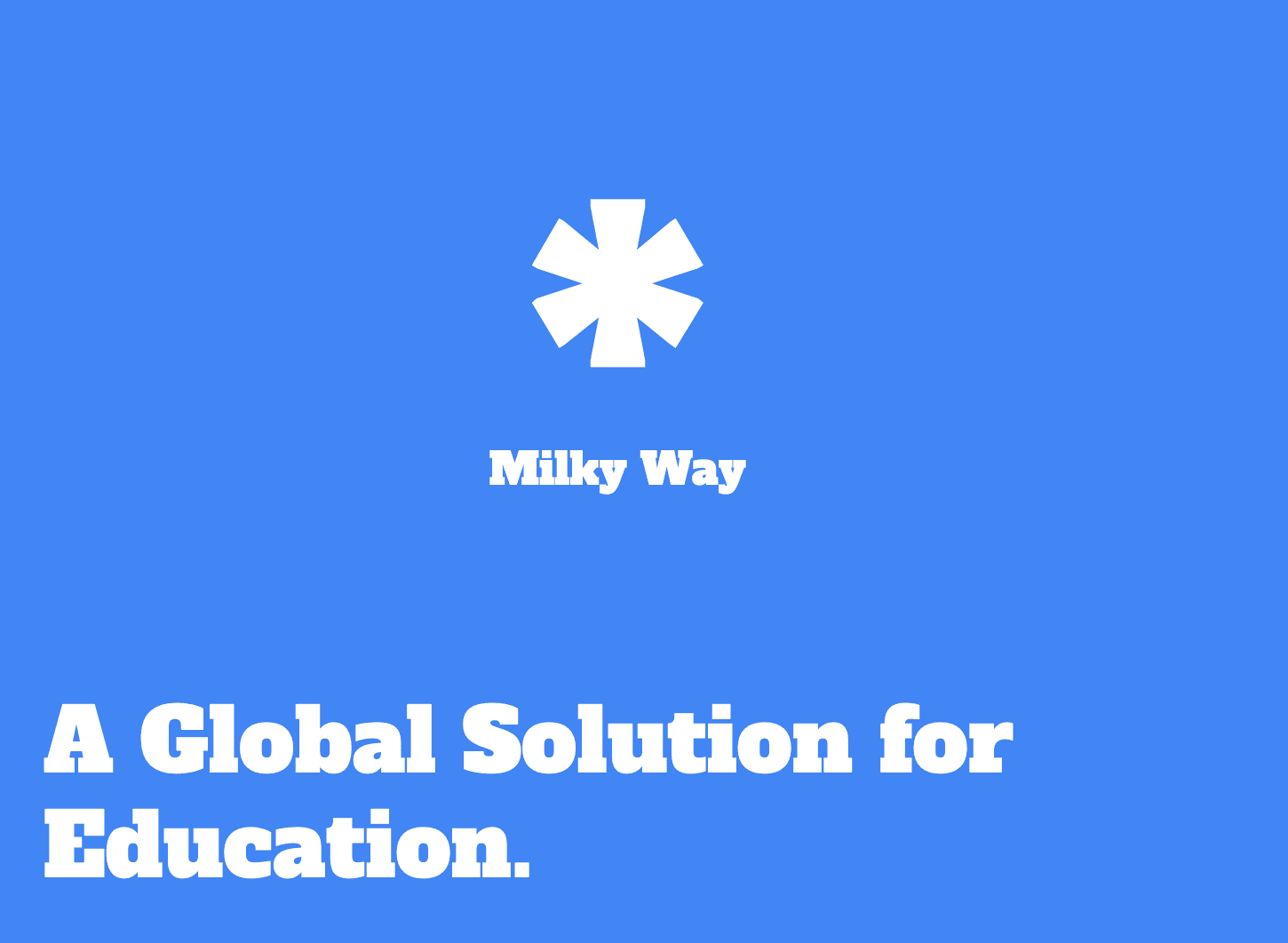 A project that gives learners in Eastern Europe an equal opportunity to master academic subjects and strive for a better life.

Make a difference with your code, devops or infra skills: Join one of the teams above to accelerate their sustainable digital solutions. Create impact that lasts!

Selected projects can join our remote incubation and mentorship programme, where they will learn from – and collaborate with – some of the leading tech entrepreneurs and strategists from the N3XTCODER ecosystem to further develop their projects.

The most advanced and promising projects will participate in N3XTCODER’s unique hybrid Sustainability Hackathon on February 10, 2023. Remote and in Berlin (Germany).

The three most compelling projects that participated in the Sustainability Hackathon will win further incubation and piloting support to take their project right up to the launch runway.

During the kick-off call, we would like to introduce our participants and the organizations behind #Green4Europe to each other. There will be spaces for our experts to answer any program-relevant questions.

Expert Talk 1:
Growing a Start-up from a CTO Perspective

Jonathan Moore, the co-founder and CTO at N3XTCODER will talk about forming startups from the technical perspective. Attendees can introduce themselves and delve into their specific project information and needs. This way the N3XTCODER team can learn how can we support the teams most efficiently.

Expert Talk 2:
Marketing 101: How to Growth-Hack your Startup

Elena Poughia, the Managing Director of Dataconomy Media GmbH and the Founder & Head Curator of Data Natives, Europe’s largest data science conference, will talk about forming startups from a marketing perspective and how you can do this with zero to almost no budget.

Alistair from Reclaimed.Systems and Lukas from Sensor.Community will deep-dive into a data and sustainability perspective and show you how you can build sustainability into your product.

Meet a selection of our experts who will support you and your team to accelerate your projects.

We’re looking for experienced engineers, developers and tech strategists who can help us support young innovators in the South East Europe region to build back a better, greener future. We especially welcome women mentors who can inspire the next generation of young tech leaders.

Data Modelling and Mining
SQL, noSQL, or other ways to work with data

Business Modelling
Analysing viability and value of a product and service

User Experience
Modelling the interactions with the product or service

We mobilise the Eastern region’s unique skills and networks by combining deep tech with entrepreneurship. B﻿y joining the #Green4Europe initiation, you will:

Every minute with N3XTCODER at the 4th CASSINI Hackathon felt well spent! It was great to see our team go through several development phases so quickly. The event's framework provided many experts and mentors who helped us to develop our concept rapidly. Overall we all appreciated the guidance accessible for every step of the process. In the end, our team even won 1st place!

Social Entrepreneur at Fashion for Biodiversity

This programme is supported by the Federal German Office and a strong partner network from the corporate world to science. N3XTCODER has decades of experience across multiple domains, bridging the gap between cutting-edge technology, sustainability, and social impact.

Our global community of impact founders, experts, and partner organisations moves you forward, faster – whether it’s helping you to write code, go to market or efficiently expand into new regions and markets.

Take the chance to convince the hackathon jury and maximise your success with this programme.

The #Green4Europe initiation is supported by the Federal German Office and a strong partner network from the corporate world to science.

I'm happy to have been part of N3XTCODER's recent hackathon as a Jury member: surrounded by high-level participants, professionals, innovators and entrepreneurs, one can feel how technology can contribute to a more sustainable future. At the 4th CASSINI Hackathon, I found myself in numerous discussions about how space technology and data can enable #Greentech for banking and insurance services. Very enlightening!

You have your own startup and missed the project application phase? Don't worry. Reach out to us for a late sign up with your idea. Let's join forces to bring it to the next level!

2022 has brought Ukraine and South East Europe into sharp focus. The challenges for the region run deeper than the current Russian invasion of Ukraine, and they extend far outside Ukraine’s borders. Already existing economic imbalances in Europe will be further exacerbated in the course of a green and digital transition that will fundamentally change the economies of European regions.

Young creators in South Eastern Europe want to build a future beyond war, a future built on innovation, sustainability, and peace. We need to support young, innovative people and projects to regenerate their future.

In 2021, in the weeks before the invasion, the #Green4Europe Hackathon Series built a promising new network in Ukraine and Georgia of young innovators and creators, civic tech startups, and civil society who worked with German tech partners to seek out and develop the green tech projects to regenerate the region.

Despite the events of the past year, the #Green4Europe network is still strong. We redouble our efforts and build up this network further. Working again with the German Foreign Ministry and drawing on the #Alliance4Ukraine platform, from December 2022 to April 2023, we will find and support the most exciting new innovators and projects from Ukraine, Georgia, Germany, and Moldova.

Please adapt your video tracking preferences in order to watch the video.

N3XTCODER is a Berlin-based impact tech hub that helps both young and established companies to develop and scale sustainable and social solutions. We identify and work with the best data-backed technology solutions and projects, providing them with the expertise and skills required to transform an idea into a disruptive digital product. At N3XTCODER, we strive to use data for good and work to build solutions that have the potential to tackle the most pressing problems that persist today. We strongly support the Global Goals and aim for all our projects and partners to contribute to one or more of the 17 Global Goals that were launched by the United Nations in 2015.